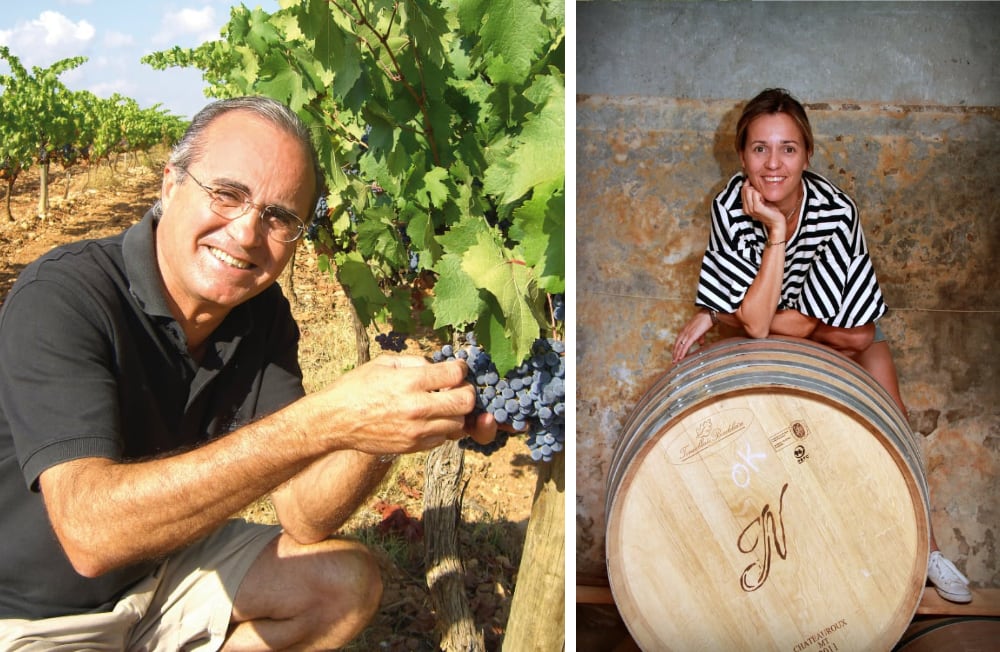 Vins Nadal is one of the most important Houses of wine in the wine region of Binissalem. It was founded by Miquel Nadal Fiol in 1932. It is a perfect example of the history of generations of winemakers in the Nadal family, sharing both the innovation and warm family tradition.

Both Rafael Nadal and Esperanza, winemakers and fourth generation of the Nadal family, have been able to adapt to the demands of the growing wine market. They offer every year the best of the almost 20 hectares of vineyards that we control in the beautiful wine region of the Majorca Island.

We cultivate more than 10 hectares of vineyards of the Manto negro, Prensal, Giro Ros, Cabernet Sauvignon, Merlot and Syrah varieties with which we make our Albaflor and 110 brands of wines.

The soils in Binissalem are calcareous and luvisols with moderate fertility and depth, with a loamy texture and a high presence of coarse elements. Our vineyards are old vineyards (30-50 years), dry land and with a great adaptation to the terrain.

They are vineyards that we manage in a totally sustainable way, respectful of the environment and that we endorse by certifying our wines under the RESIDUO 0 seal.

The winery is in Binissalem, a municipality belonging to the Raiguer region, almost in the geographical centre of the island of Mallorca. According to historians, this wine-growing area has been active since Roman domination of the island, back in 100 BC. The extraordinary cellar of the winery is excavated in stone, holding 75 French, Eastern European and American oak barrels where the wines that will become Crianza or Reserva spend their aging time.

Vins Nadal is part of the EMPRESA Y CLIMA FOUNDATION. Thanks to this foundation, since 2018 we have been working on reducing CO2 emissions and being a more sustainable winery year after year.

Vins Nadal has become a sample of vitality of the family business, going beyond the production of wine and providing a dynamic concept of the winery space through cultural evenings that encompass all the arts, from music to painting and theater. The combination of wine and music is conceived as the ideal formula to make these evenings a sensory experience.